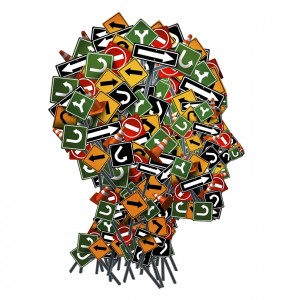 The news in DC last week was full of stories about major public institutions and public figures and their credibility or lack thereof, safety or lack thereof, and trust or lack thereof.  There were two consistent questions: “Were they adhering to their core beliefs and ‘doing the right thing’?”  and “What would the consequences be?”

Paul Wiedefeld is the new General Manager of the DC’s metro system, one of the largest urban transportation systems in the US, with subway and bus transport serving 4 million people.  After a series of fires on the Metrorail lines, including one that resulted in a fatality, he held the first all-senior management meeting about safety in over 40 years.  The managers were told: ‘Safety trumps service’ and reportedly to ‘Get on board or get off’. Then Metro announced that the original three-year maintenance plan was being compressed into one year — Metrorail services would be restricted every night, weekends and for special events like musical performances and home team games.  Six senior staff with years of service have been given the opportunity to retire. Restoring the safety of the subway system is the # 1 priority, service will follow.  The public’s response was mixed — most understood the rationale; however they were not happy about the impact on their daily lives; employees were not complacent.

My cynical conclusion, to reiterate a phrase common to the health professions: “No good deed goes unpunished.”  However, I actually I do believe in doing good deeds; in acting like the person I’d like to become.  I believe that doing the right thing is commendable and that taking the high road is the right road.  Further, I would add, courtesy of David DeWolf, that it is important to “Be deliberate, decisive, and move on.”  And paraphrasing Jim Collins:  get the right people (policies/programs/etc.) on the bus; move them around until they are in the right position; and if that doesn’t work, show them the door.  The question is, what does all this have to do with accreditation?  Credibility, safety and trust.  Or lack thereof.  Taking the high road.  Taking decisive action.  Being willing to take a potentially controversial position because it is the right thing to do.   Again… doing the right thing…

Assuring the public of our NP postgraduate training programs’ credibility, safety and trustworthiness is one of the primary roles of an accrediting agency.   Establishing trust, credibility and a record of safety take time.  Retaining those attributes is essential to success, whether for a person, a program, or an institution.  Losing them can happen in an instant.  Recovery is painful, difficult, and not infrequently ruinous.

In accreditation, the standards provide the guidelines that serve as a solid foundation for success.  However, upholding the standards is not always easy.  If difficult decisions are avoided, loss of trust, credibility and safety are nearly certain consequences.  Leaders set the tone.  When they walk the talk of excellence, it infectious and inspiring.

Empowering programmatic leadership provides active support to those on the front line, who on a daily basis earn the trust of their colleagues, trainees, and patients.  A caring attitude and consistent expertise establish credibility in the eyes of the community and create a safe environment for learning, training and delivering healthcare.  Competence and excellence attract more competence and excellence.  Credibility, trust and safety follow.