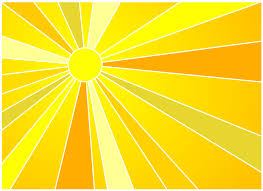 June 20 is the longest day of the year — the summer solstice. Over the eons, farmers celebrated the day as the transition from planting season to growing season.  For the ancients, the placement of the sun’s shadow could portend the future.  Always, people have celebrated the longer hours of sunlight, especially on the solstice.  We take advantage of the extra hours of daylight, take in the sun’s rays, and spend more time enjoying uniquely summer activities.

If you are a futurist and pilot, you are at the controls of the Solar Impulse 2, a solar powered plane that just flew across the Pacific Ocean for five consecutive days and nights; the first solar powered plane to do so. It then continued its journey, stopping off in New York City.  In the pre-dawn hours, it soared above the Statue of Liberty. The darkness only enhanced the beauty of this majestic creature, outlined in lights as it passed overhead, later to continue on and eventually finish where it began, Abu Dhabi.  Quoting from The Solar Impulse 2 website: “As with all great firsts, there were no benchmarks.  Strategies had to be invented from scratch.”  First it was a dream. Then a goal. Then they made it happen.  It is program development.

As I thought about this incredible feat, I had one of my BFO’s (you remember about the Blinding Flash of the Obvious?) and realized the timing of the flight was carefully planned to coincide with the arrival of the summer solstice.  No great insight there – its only power is solar energy… Then I thought about the process that culminated in their round-the-world flight. They took inspiration and turned it into reality.  There was meticulous planning, hard work, creativity, collaboration, team work, and unwavering perseverance.  They created benchmarks and strategies.  They had a vision of the future and they made it reality.

A whimsical appreciation of the summer solstice that also applies to this first solar flight is offered by Ellen B. Jackson: “Midsummer–or the summer solstice–is when the sun is at the height of its power, the faeries are most active, and the future can be uncovered with ease.”  Although science and faeries don’t usually cohabit the same universe, the idea of inspiration (regardless of its source) and a vision of the future are certainly shared concepts.

Let me bring this flight of fancy back to ground and connect it to accreditation.   This is the time of year when daylight illuminates and eliminates the shadows of winter.  I believe that accreditation is a process that shines a bright light on every aspect of a training program.  Accreditation provides shared benchmarks for quality. It shines a light on those areas where we excel and reveals those areas where there is room for improvement. In the light of day, these challenges become opportunities for growth, creativity, innovation, networking, and implementation.  It is an opportunity to integrate continuous quality improvement into our daily activities, to share best practices, and to explore how to adapt best practices to local circumstances.

As William Shakespeare reportedly wrote about mid-summer’s eve: “Whatever is dreamt this night shall come to pass.”  During these shortened summer nights, let’s dream of best practices, and in the morning make them into reality.