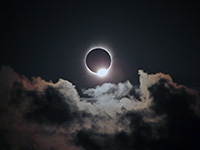 Once again, the news has been filled with disturbing and distressing international and local reports of chaos, anger, and violence.  I struggle with understanding how our society perpetuates such profound disenfranchisement. If you’ve read any of my other posts, you’ve already figured out that my compensatory mechanisms are to focus on the wonders of nature; curiosity about the world and its history; and a deeply held belief that individual commitments to best practices, service and caring make a real and lasting difference. So, back to nature.

A truly awe-inspiring event, a total eclipse, will occur in United States August 21rst.  The ‘totality’ will cross the continental United States from the Pacific to the Atlantic, the first total solar eclipse to occur solely in the United States since the country was founded. The last time a total eclipse traversed the US from shore to shore was nearly a century ago, in 1918, when the totality’s shadow continued on across the globe.

Centuries ago, eclipses were fodder for governmental angst, religious invocations, nightmares and fairy tales. Today they are a source of fascination, wonder and knowledge.  The eclipse of 1918 contributed to confirmation of Einstein’s Theory of Relativity. As we gain understanding of this rapid transition to temporary darkness, the ‘fade to black’ and back again, we gain insights about theoretical physics, astronomy, solar energy, and the impact of solar winds.  The more we know, the better we can use knowledge to understand the primal forces shaping our world.

David Baron, who has chased eclipses across the world and wrote American Eclipse, described his reaction to viewing an eclipse. “For us collectively – as a society, a nation, a civilization – [eclipses have an] indelible, life-affirming effect.  They afford a chance not only to grasp the majesty and power of nature, but to wonder at ourselves – who we are, and who we were when the same shadow long ago touched this finite orb in the boundless void.”

An eclipse provides a moment of wonder, time to reflect and observe, to think about perspective.  The event doesn’t change, but how it is viewed depends entirely on one’s perspective.  Are you in the zone of totality or in a neighboring zone?  Is it a cloudy day or brilliantly clear? Are you using the latest in IOS-rated eclipse eye wear? Or are you watching from under a tree as crescent shaped shadows filter through the leaves marking the moon’s passage across the face of the sun? And a more basic question – will you watch it?  Can you carve out the time in your day?

As I think back to current events that are fueled by the toxicity of intolerance, my wish is that mutual experiences of this eclipse might serve as a shared reference point that brings together unlikely conversational partners.  While we may see the same event, our perspectives differ as do our interpretations of what we witness.  Using principles of evidence-based science and decision-making as a basis for civil discourse, we can explore the reality of varying observations and analysis; contribute to a meaningful and shared understanding of events; and avoid fueling discord, superstition, and fear.

So, let’s celebrate the totality — visual, verifiable, and irrefutable evidence that the planets are still aligned, the stars continue to shine, and the sun will rise tomorrow.

Until next time, wishing you health and peace,