It was her first morning of “independent clinic,” her first time of practicing alone. Her supervisor, Patti Cleveland, was in her office if needed, but as the novice nurse practitioner walked in to see her first patient, no preceptor was looking over her shoulder.

The middle-aged man had heartburn, he told the NP.  He just needed a refill on his reflux medicine.

“A lot of patients come in with a sense of what they have, and he was quite insistent,” said Cleveland, ARNP, who created and directs the Nurse Practitioner Residency Program for Sea Mar Community Health Centers in western Washington state.

The NP asked him, “Can you tell me about your heartburn symptoms?”

“She followed her gut,” said Cleveland. The trainee also followed protocol: After sending the patient for an EKG, she went to Cleveland’s office.

“When I was planning the [residency] program, most of the other programs had more of a mentored clinic during that extra half-day,” Cleveland said. “But I felt pretty strongly that we needed to have some of the independent time to push people a little bit, to develop that confidence that they can make decisions independently.” But Cleveland also coordinates her administrative work with independent clinics so she’s available to answer questions or give a second opinion.

The trainee consulted with Cleveland. “I didn’t actually change anything about her plan,” Cleveland recalled, “I just said, ‘Yes, that was a good plan to get an EKG.’ ”

That was confirmed when the EKG revealed the patient was having a heart attack.

“I think it was a pretty powerful experience for her, as well as for her resident colleagues,” Cleveland said. “And I felt very proud of her.” She also felt “reassured and justified that we had the right steps. The way I had planned and intended that those half-days of independent clinic should go really did happen.”

Sea Mar, an FQHC, provides health and social services to a largely Latino client base in 13 counties, with 155 medical providers and 20 medical and NP residents.  The job, and Sea Mar, are good fits for Cleveland, who has two young children and is married to a software engineer. Cleveland always knew she wanted to work with an underserved population.

Juggling her many roles, both at home and at Sea Mar—her secret, she said, is organization and prioritization—can be challenging, but Cleveland said part of her brain is “organized and detail-oriented.” In fact, she was almost an accounting major at college, she admits with a laugh.

What also helps is having a support system, a “professional home,” she said, pointing to the National Nurse Practitioner Residency & Fellowship Training Consortium. In August, NNPRFTC awarded Sea Mar’s NP training program full, three-year accreditation.  “I think the Consortium overall has done a great job of providing standards and clarity to what the [residency] programs should look like,” Cleveland said. “They hold us accountable to maintaining those high-quality standards.”

Cleveland pointed to the opportunities NNPRFTC and its parent, Connecticut-based Community Health Center, Inc., offer for faculty development and didactic trainings.  These are “things we can use, like webinars, for example, to teach clinic faculty how to be good teachers, good preceptors, in addition to being good clinicians.”

She also emphasized the role of the Northwest Consortium Advanced Practice Education (NW-CAPE) in offering “hands-on support.” Made up of residency program leaders in the Pacific Northwest, the group meets twice a year to share best practices and troubleshoot. “That has been a really good resource for the organization that’s very literally close to home and accessible.”

Community health centers are tough places to work, she said. “There’s a lot of burnout and turnover.”  Excellence is linked to “having that outside perspective from having a Consortium or having a group community,” Cleveland said.

The future is promising, she said.  She sees stronger roles for nurse practitioners at Sea Mar, especially in supporting each other. “The residency allows us to bring in new [NP] grads who are interested in community health, to train them, set them up for success … to build up that community of high-quality nurse practitioners throughout the organization.”

All of the half-dozen NPs who’ve graduated from Sea Mar’s yearlong residency have stayed with the organization. That includes the trainee who, at her first independent clinic, correctly diagnosed a patient who insisted he just needed his reflux medicine.  Three years later, she is the site director for Sea Mar’s new NP training program at its Everett clinic.

“When you have high-quality, trained nurse practitioners who have support and have that sense of community and want to stay long-term at Sea Mar, the patients are the ones that benefit,” Cleveland said. “I mean, that’s the ultimate goal, right?” 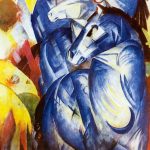 The Challenges of Late Summer 2021